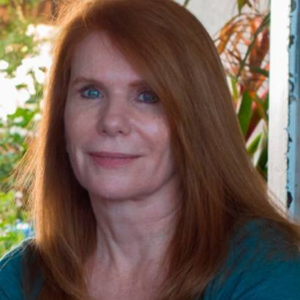 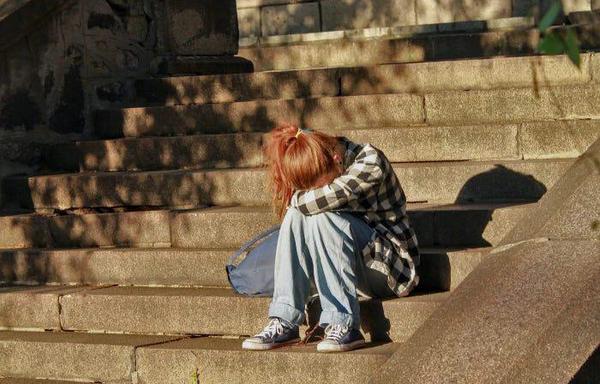 The following is excerpted from my book The Minds of Mass Killers: Understanding and Interrupting the Pathway to Violence (McFarland, 2021). Available through all booksellers. How the brain adapts to trauma The fight/flight response is the nervous system’s natural response to a perceived threat and results in the flooding of the stress hormones adrenaline and cortisol that affect the entire body. This system is designed to help us survive danger in the short term. However, when the threat is s 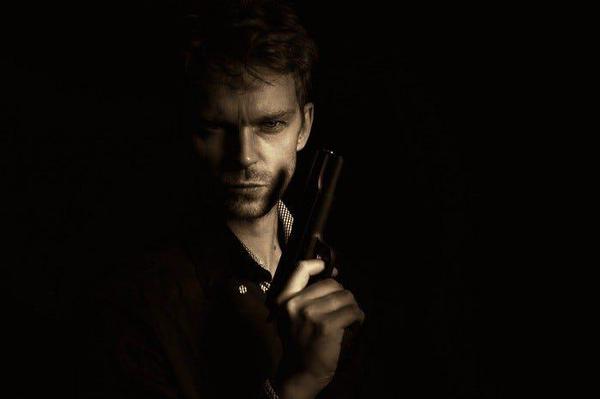 The Truth About Video Games and Mass Killings

Excerpted from my book The Minds of Mass Killers: Understanding and Interrupting The Pathway to Violence (McFarland, 2021). Mass killings have been blamed on violent video games since the Columbine murders in 1999. The idea is a simple one: ban violent video games and mass killings will stop. First-person shooter games in particular have been condemned. Though there is sometimes a relationship between video gameplay and real-world violence, it’s clearly not that simple. Analyzing this researc 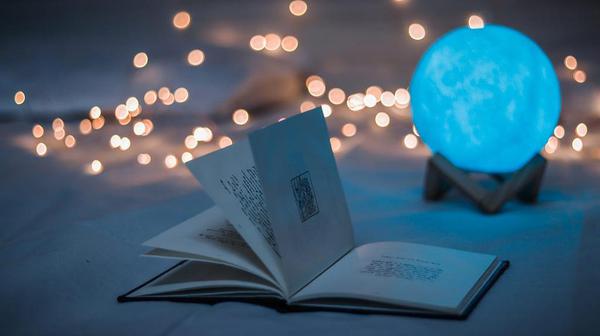 How Do Dreams Come True?

How do we bring good luck, attract the perfect mate, or find a job that suits us and pays well? How can we get from where we are to where we want to be — is there a formula? At one time or another, we’ve all struggled with meeting our goals, and there is never a shortage of people offering quick and easy advice. Yet quick and easy suggestions seldom bring the results we want, and we’re left feeling stuck, frustrated, and anxious. Sometimes there is an element of randomness or poor timing when 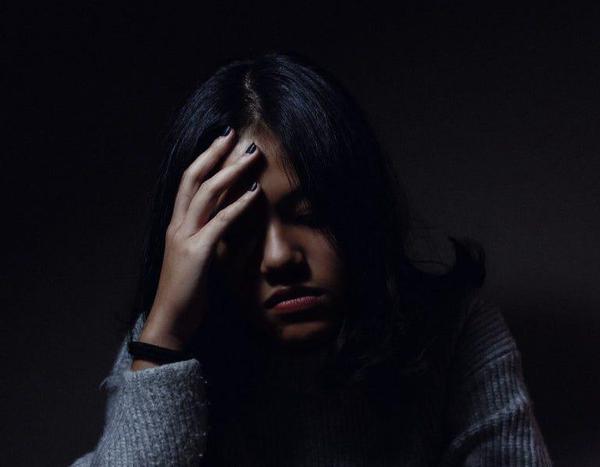 OCD Can Be Sneaky — Sometimes it Manifests as Sticky Thoughts

When most of us think of obsessive-compulsive disorder (OCD), we imagine repetitive handwashing, checking rituals, obsessive cleaning, or the need to repeat other useless behaviors over and over. This is the only form of OCD that used to be recognized, and it’s shown up repeatedly in popular culture, films, and television shows. In the past, OCD was considered rare. We’ve learned a lot about OCD in the past decade, and like other common brain glitches, it exists on a continuum from mild to sev 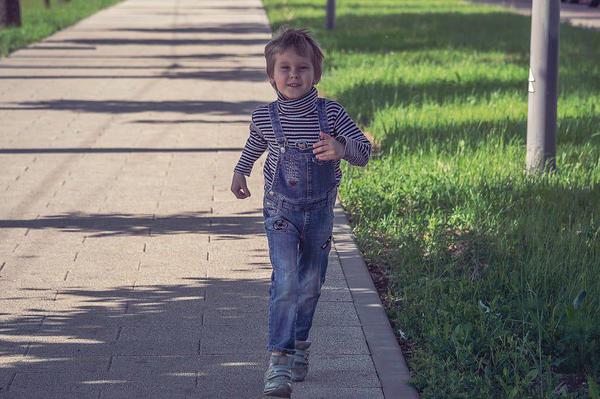 Relax, Your Kids Will Find Their Path

The eighteen-year-old young woman hunched forward on the sofa in my office. Tears spilled down her cheeks, leaving muddy mascara streaks beneath both eyes. “I can’t disappoint my parents no matter how much I hate it here,” she said. “I’m stuck at this school. This is what they planned forever, and they’ve already paid the tuition.” I leaned forward. “So you’re telling me that even though you’ve been thinking of suicide, you’re not going to let your mom and dad know how miserable you are? You’d 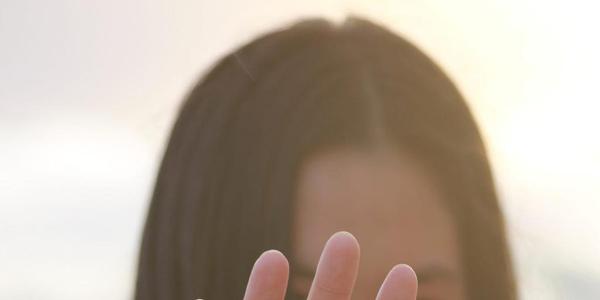 What is This Thing About Boundaries?

We hear a lot about the importance of boundaries in popular media, but the concept can seem murky. Many people aren’t sure what the term means or how to apply it to their lives. It’s easy to understand a physical boundary. When you see a fence or a wall, it's pretty clear that there is a division between spaces, someone who owns one side and someone who owns the other. Fences come with an explicit understanding that you stay on your side and leave your neighbor alone. It’s much less straightfo 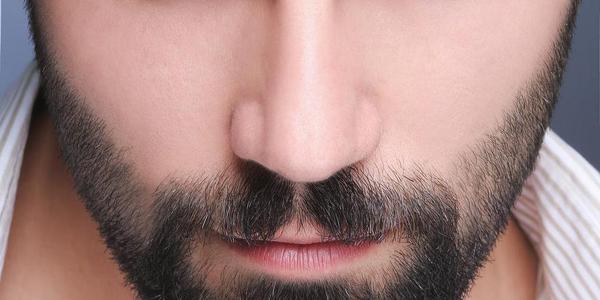 Dating? How to Spot a Psychopath

If you’re active on dating apps, you’ve likely run into more than one. You may even have become involved in a toxic long-term relationship in the past. After being emotionally battered and getting out, you may be questioning your judgment. As you put your life back together you may feel ashamed and blame yourself for not seeing red flags. It’s easy to fall into the trap. Psychopaths are good at what they do, and manipulation is a hallmark of the personality type. The word psychopath raises our 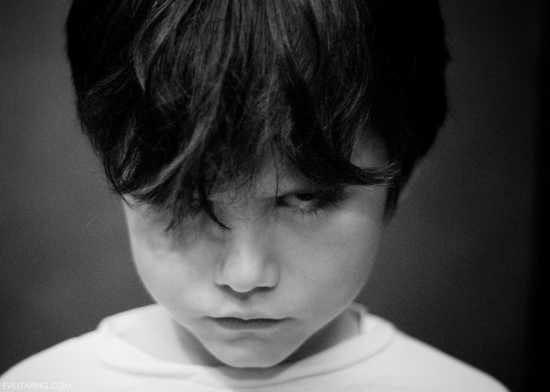 Is My Child a Psychopath?

All young kids experiment with violating the rules. It’s normal for children to lie to get out of trouble or try to take candy or a toy from a store without paying for it. In most cases, parents respond in ways that teach children the benefits of doing the right thing. Most children respond to positive reinforcement and learn from mild punishment; over time, they integrate the moral behavior of the adults with whom they live. Sometimes, complicating circumstances impact child development and re 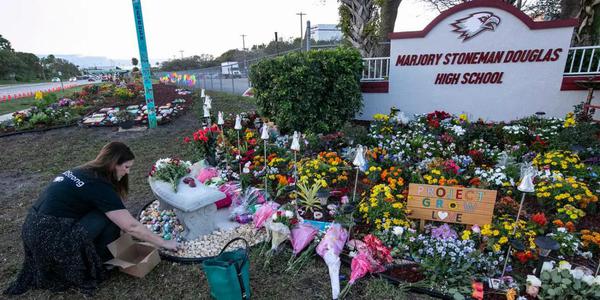 How the Parkland School Massacre Could Have Been Prevented

I’m passionate about violence prevention, and mass shootings have been an area of study for decades. As a mental health therapist for over 30 years, I’ve worked as a member of multidisciplinary treatment teams in forensic mental health programs and residential treatment centers. I’ve worked with all sorts of violent people, including murderers. We know mass shootings are one of the most preventable kinds of violent crime; if we want them to stop, we must do some things differently. I’ve watched 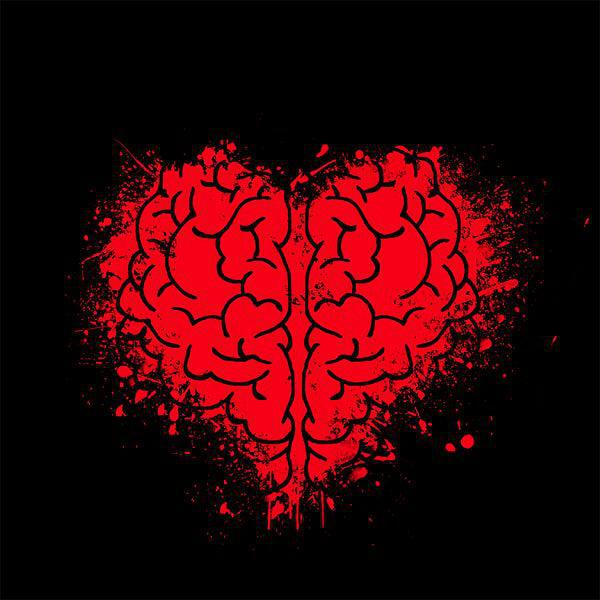 When I was in my early twenties, my best friend was kidnapped while walking home from a grocery store just after dark. I’ll call her Rina. She was then gang-raped and stabbed before escaping. Rina survived after a harrowing two hours held in the back of a van. Rina’s story is a vivid example of the body's intricate and innate response to crises, also known as the fight-flight-freeze-fawn response. This response occurs without our conscious awareness in times of danger. Humans have evolved to s
21st September 2022

Conspiracy Thinking May Kill Us All

What You Need to Understand About the Conspiracy Mindset 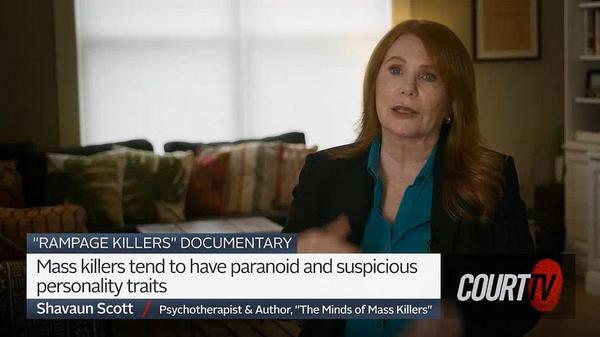 Mass killers are not identical but there are specific personality traits that they tend to share. Paranoia, narcissism, and psychopathy are the most common that cluster together. Though many people have these traits and never commit violence, it’s an area of concern that indicates the need for careful screening by mental health clinicians. Personality is the characteristic way we perceive, think, feel, and behave in the world. It’s stable over time and in a variety of settings and circumstances 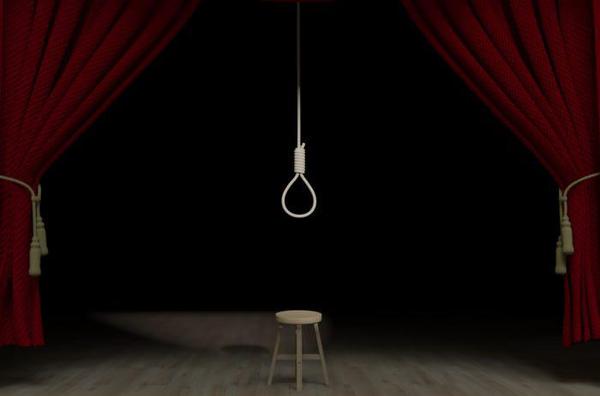 It’s official now, though I already knew it. Television shows have the power to tip fragile young people into taking their own lives and as a society we’ve consistently underestimated the power of media to influence behavior. Social contagion is real, and we have had data for years to prove it. Teenagers are particularly prone to it. Social contagion is why we see suicide clusters in communities after one suicide. People often deny that media has any influence on their behavior, but behavioral 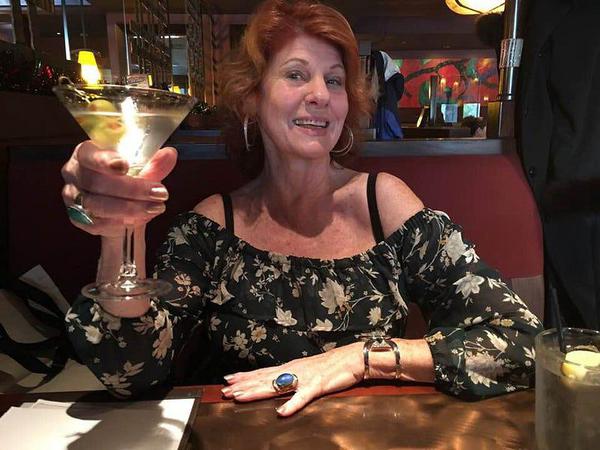 A Message From Your Future Self

Years ago, when I was in my early twenties and struggling to find a direction for my life, an excellent therapist helped me create my optimal career path. Her influence, combined with my passion for psychology, resulted in my decision to also become a therapist. Since then I have made it a point to pass on the most helpful things I learned from that wonderful woman to my own clients. One of those consistently helpful things is the future-self exercise. The method used for this is guided medit 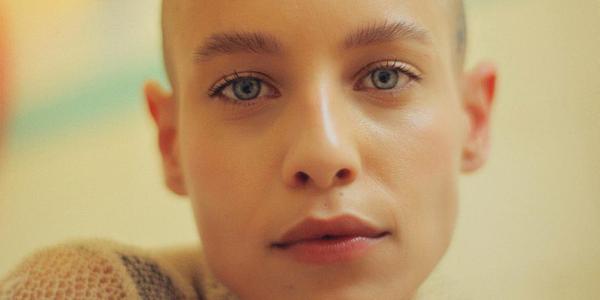 Most of us suffer a crisis of loneliness at one time or another; sometimes, it's a constant unseen presence by our side. After all, who really knows the things that make my heart pound or skin prickle, and the thoughts that haunt me in the middle of the night? Who knows my doubts and shame, my laundry list of regrets? I'm a therapist, so it's my role to ask questions as I work to get to know a person. It's my job to see each individual, connect, and get to know them as fully as possible. It tak 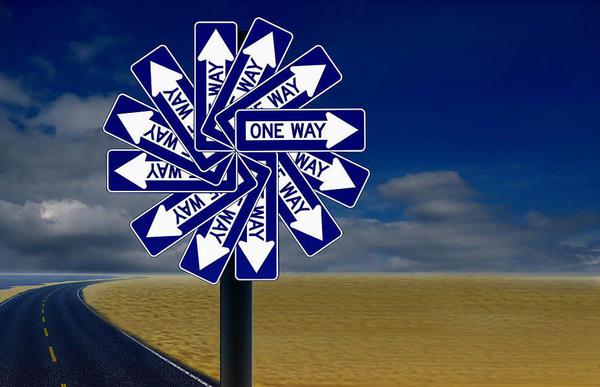 I was four years old when I learned about the lake of fire in Sunday school. Though we sang, “Jesus loves me, this I know,” it was the vision of burning in hell for eternity that stuck with me and haunted my dreams. I was raised in Christian Fundamentalist churches. From my early years in Southern Baptist Sunday school to my teen years in the Assembly of God church, where I watched “demons” cast out of my friends during morning services, I experienced the full effects of the extremes of religio 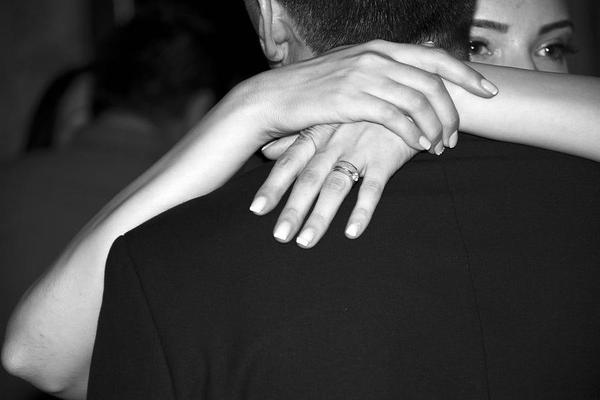 The Choreography of Intimate Partner Violence

Denise was in her mother’s kitchen making a grilled cheese sandwich for her toddler when the bullet hit her in the back. Greg, her estranged husband, had shot through the back window, and after shooting Denise, he shot himself in the head. Denise survived, though she had a long recovery. The bullet just missed her spinal cord. With a bullet in the brain, Greg died immediately. Denise had been my client and fled to her mother’s house two hundred miles away when she decided to leave her violent h 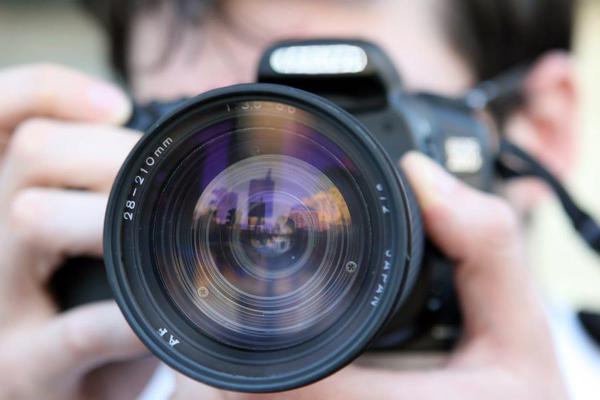 Every Breath You Take

“Take excellent care of yourself, Lisa,” he wrote in the letters sent to her PO box, “there are so many bad things that can happen when you least expect it. Even though I don’t know where you are tonight, we will run into each other soon. Remember, we’re always breathing the same air.” It was 1990. Even though Lisa had come to the domestic violence shelter where I worked to escape her violent husband, he continued terrorizing her. He had told her he’d kill her if she ever left him, and he’d mea
Load More
Close ✕